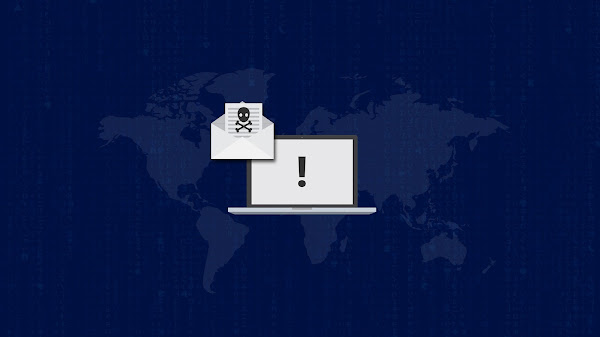 The new PayloadBIN ransomware has been linked to the Evil Corp cybercrime gang, which rebranded to avoid US Treasury Department restrictions issued by the Office of Foreign Assets Control (OFAC). The Evil Corp gang, also known as the Indrik Spider and the Dridex gang, began as a ZeuS botnet affiliate. They eventually organized a group dedicated to disseminating the Dridex banking virus and downloader via phishing emails.

According to the FBI, Dridex was used to steal more than $100 million from banks in more than 40 nations. Following that, the software was utilized as a loader to install the BitPaymer ransomware on victims' computers. Two Russian nationals, Maksim Yakubets and Igor Turashev were indicted by a US grand jury in December 2019 for allegedly running Evil Corp.

Yakubets was functioning "as Evil Corp's head and is answerable for overseeing the group's illicit cyber activities," the Treasury Department claimed at the time, after assisting with money laundering and the GameOver/Zeus botnet and malware operation. It said Yukabets had been working for Russia's Federal Security Service, or FSB, since at least 2017, and that it had previously sanctioned the FSB for assaults against US targets. It also announced a $5 million reward for information leading to his apprehension.

The Babuk gang said that they would stop using ransomware encryption and instead focus on data theft and extortion after breaching the Metropolitan Police Department in Washington, DC, and taking unencrypted data. The Babuk data leak site had a graphic makeover at the end of May, and the ransomware gang rebranded as 'payload bin.'

On Thursday, BleepingComputer discovered PayloadBIN, a new ransomware strain linked to the rebranding of Babuk Locker. When the ransomware is installed, the ransomware will append the . PAYLOADBIN extension to encrypted files. The ransom message is also known as 'PAYLOADBIN-README.txt,' and it claims that the victim's "networks are LOCKED with PAYLOADBIN ransomware."

BleepingComputer suspected Babuk of lying about their plans to move away from ransomware and relaunched under a new name after discovering the sample. After examining the new ransomware, both Emsisoft's Fabian Wosar and ID Ransomware's Michael Gillespie confirmed that it is a rebranding of Evil Corp's prior ransomware operations.